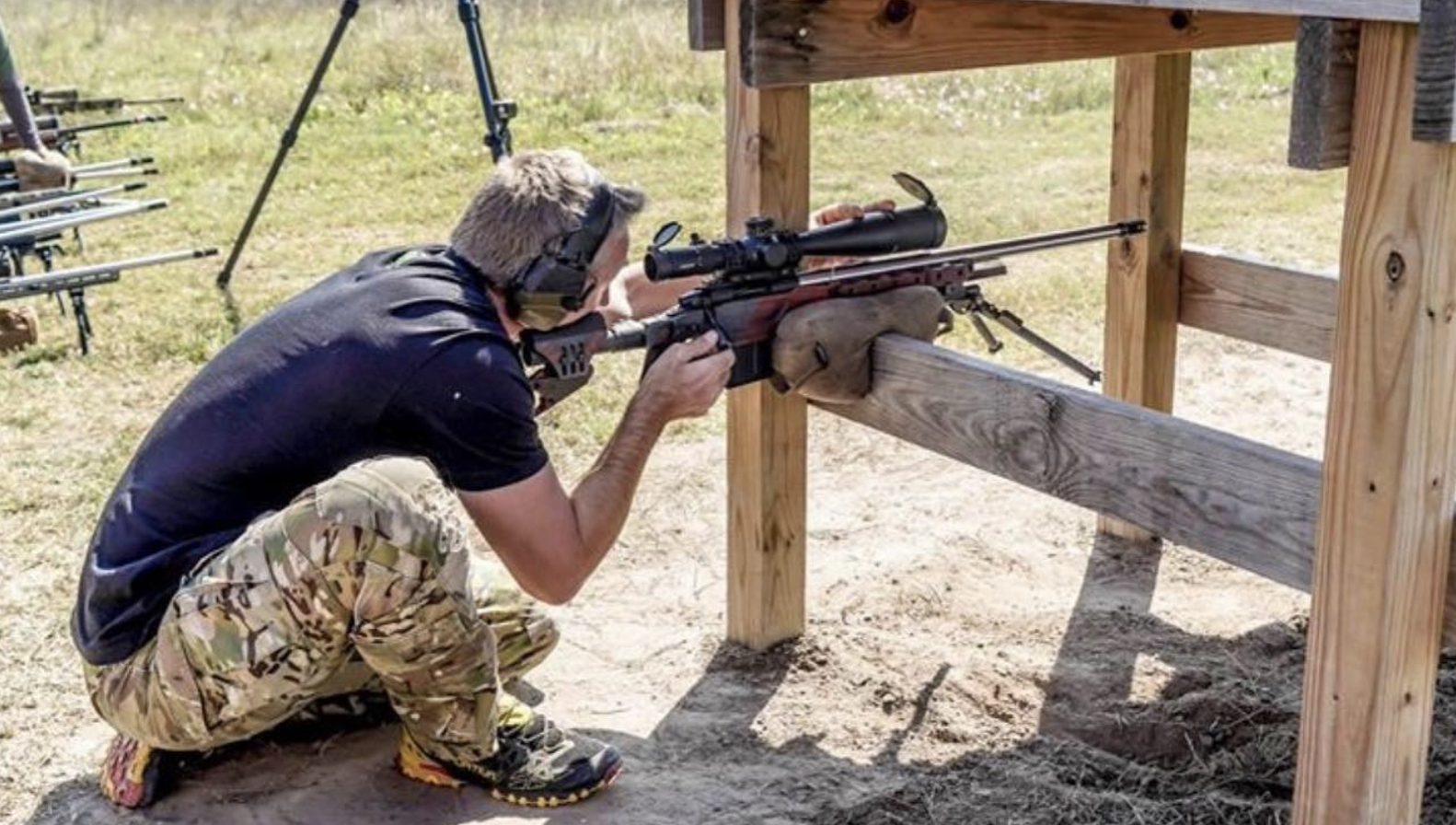 This blog is a dedicated medium through which I plan to share my personal thoughts about the tests I conducted over the past year and beyond; scientific or not. The opinions and conclusions I share are 100% biased and subjective to my experiences. I have a tendency of putting my foot in my mouth and this is a safe space to do that. For a more formal list of articles there's a developing library of articles on the subscription side detailing the fundamentals of marksmanship and correlated effects from the data we are analyzing. Most of the datapoint will automatically link to your profiles and offer suggestions for improvement based on your personal tendencies; this blog isn't that.

So, let’s get started.

A year ago, I committed to a competition called Assassins Way, a month-long field competition that is designed to test a variety of field craft, rifle craft, and other skills a well-rounded shooter should know. The gear requirements however are such that you have to carry your load for the entire month through multiple states and biomes. No swapping out gear, replacing items, etc. Knowing the demands of being out in the field for a long time, I gave myself a year to test equipment, techniques, and learn the stuff that I didn’t have a good grasp on in order to leverage myself toward a top finish.

Most of what I did was test equipment and challenge dogma embedded in the art of long range and field shooting to see for myself if they were true or old wives tales. Many of the tests went against my own scientific mind to validate accepted beliefs, and also just for shits because I like to go against the grain.

Nevertheless, the year had many twists and turns, ups and downs, but in the end I am farther then where I aimed to be. I am confident about what I will use and how I will approach this event as a competitor looking to win.

So, lets rewind a year. 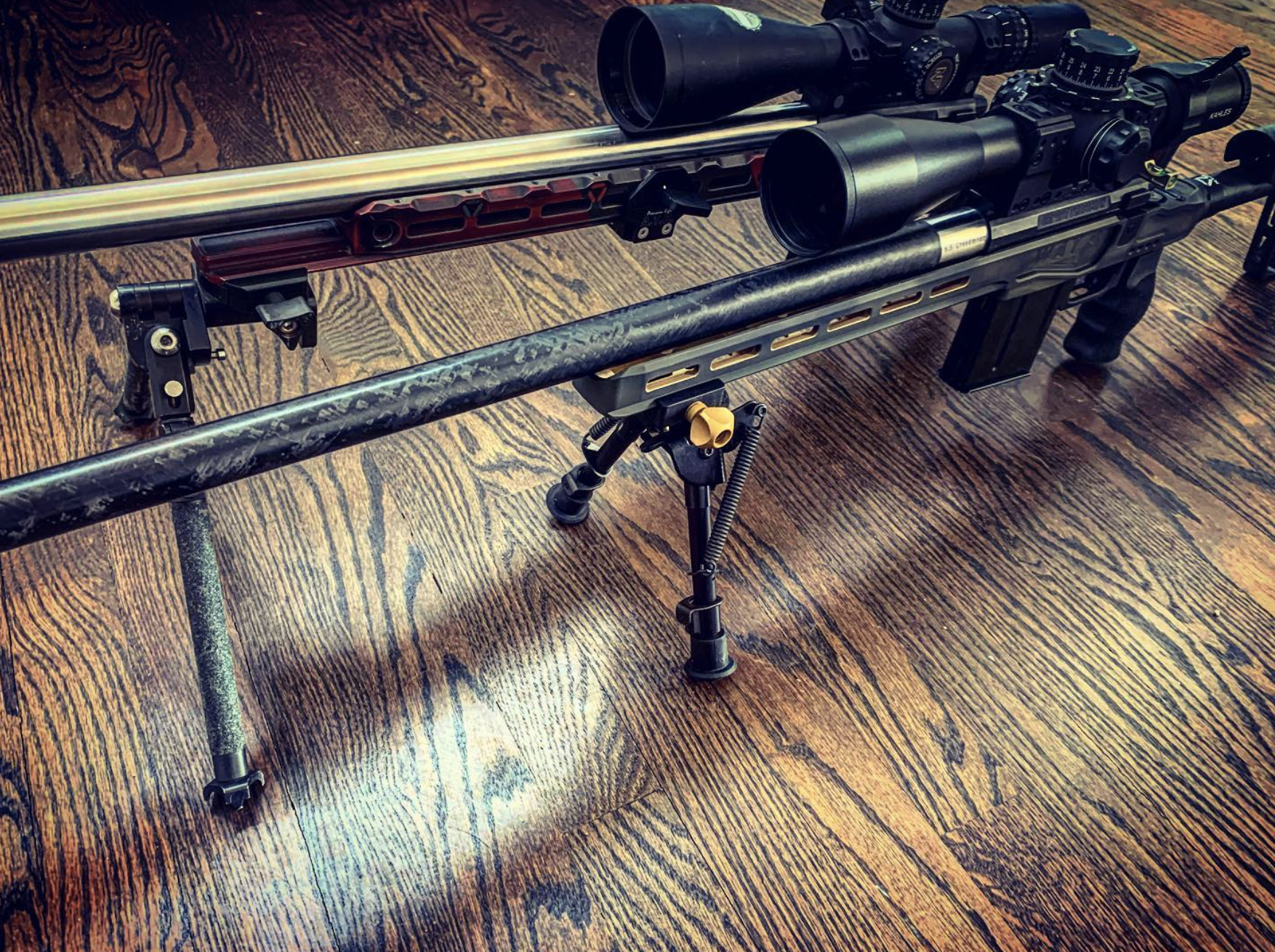 One of the first posts I made online was about overall loadout considerations. Even if you haven’t carried a huge pack with weeks of equipment and food in it, you can imagine that a 22lb competition rifle is probably not an ideal choice, so the question that arose of what weight is ideal for an event like this.

With my background in adventure racing and climbing I was less concerned initially with equipment than I was in choosing a rifle build and caliber that would fit the bill for unknown distance shooting. I also thought it would be a quick process to make a decision and run with it. I was wrong.

Fairly quickly I developed a test to compare different weight rifles. It was an early paper test that is now the predecessor of the RifleKraft target. Within a few days I found that the popular theme of adding weight for competition definitely allowed me to shoot smaller groups from a variety of positions off of a bag. 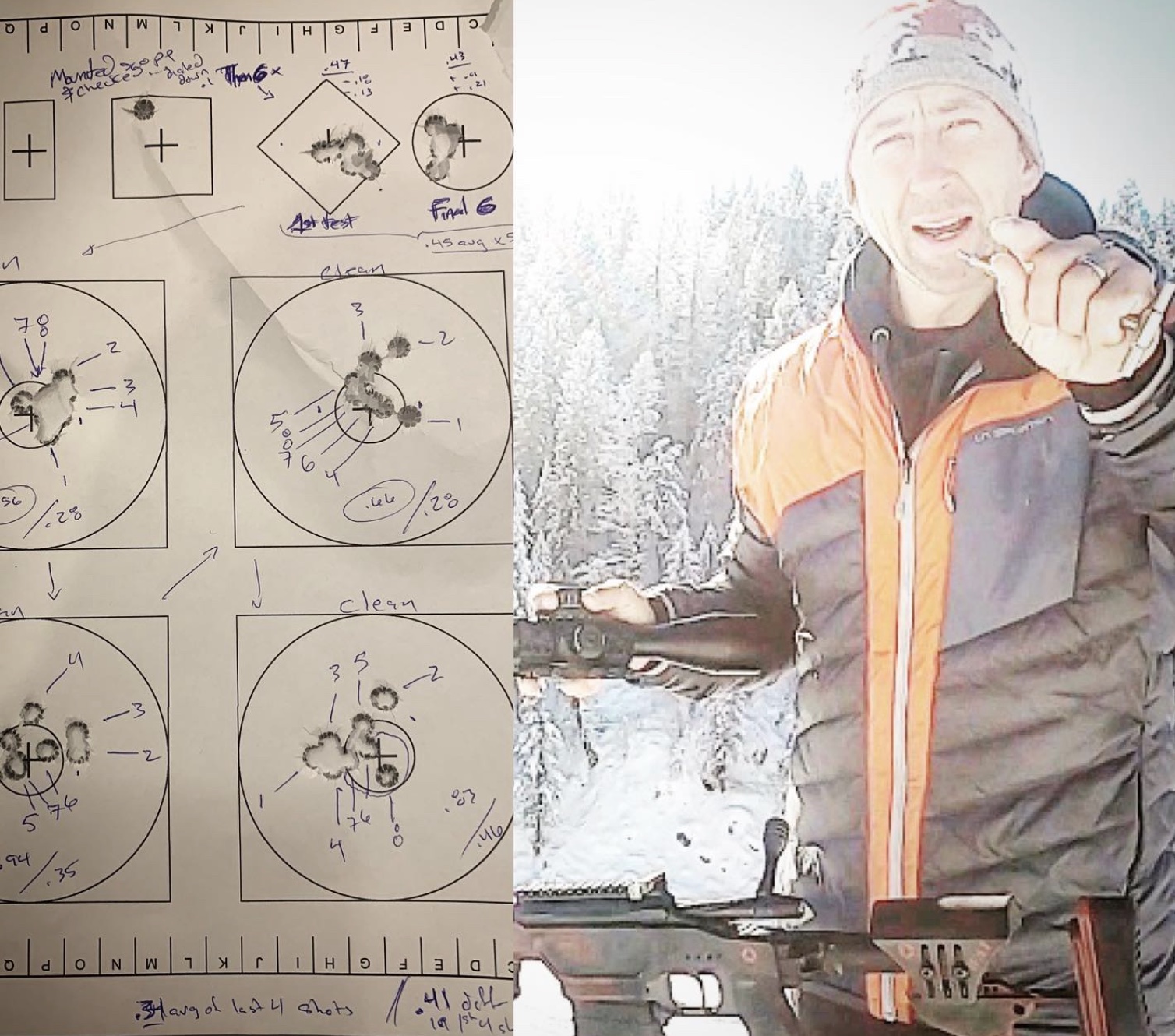 As a competitive person, and sometimes a hot head, I didn’t like not being able to shoot any rifle as well as another. Rather than accept that I was better with a 20lb rifle than a 16lb rifle I started to diagnose why. The reason quickly revealed itself: I lacked the proper fundamentals. Sure, I had some great results, in fact in a 15-month period I received 7 trophies but all of that was meaningless now. I realized I wasn’t as good as I thought I was. 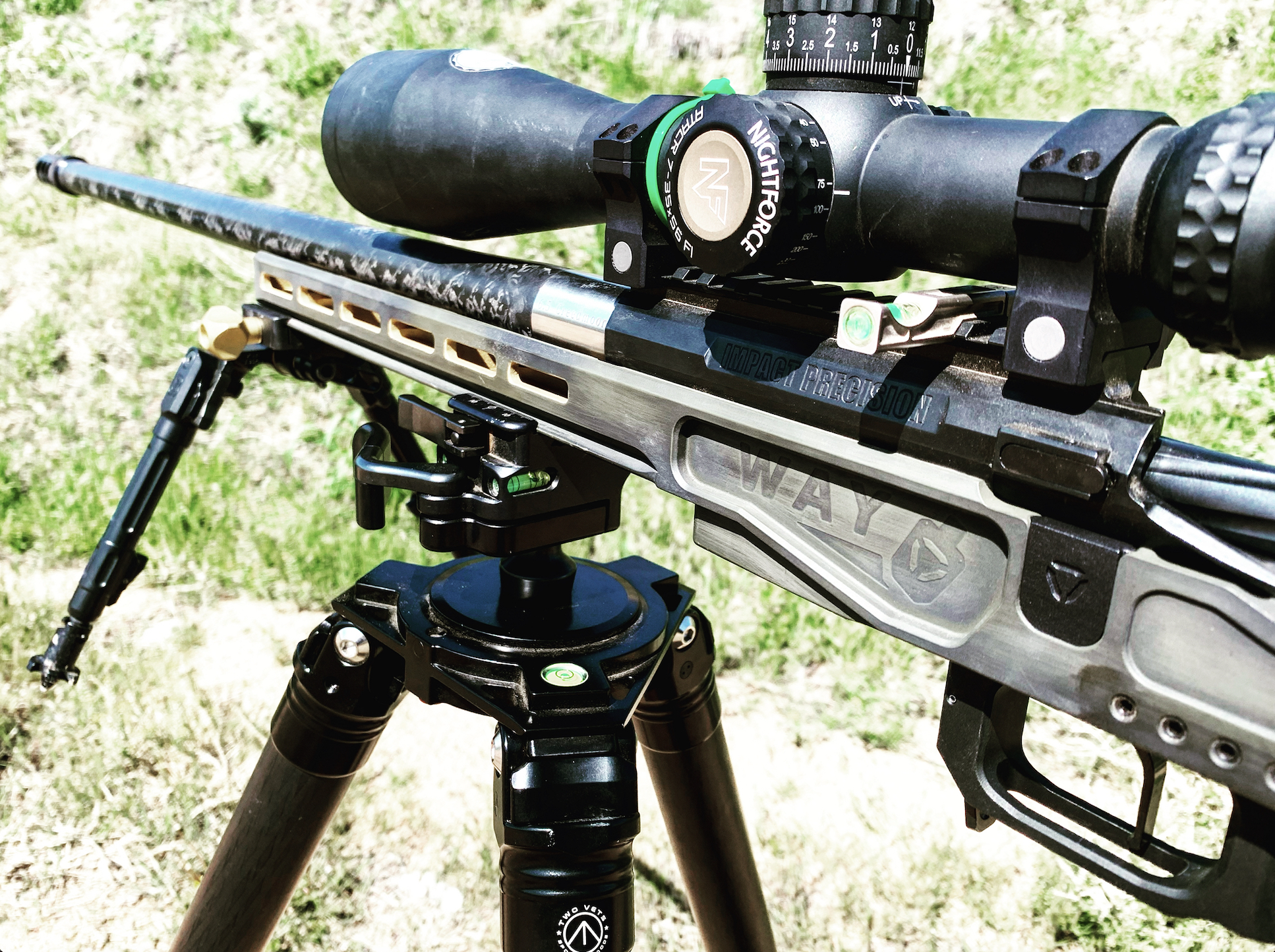 I have seen top level shooters pick up light rifles and shoot just as good or better. Most of the top competitors spent decades working their fundamentals. Most of the top competitoprs are the top because they have nearly perfect fundamentals and use weight to gain an extra percentage point or two. If a shooter with poor fundamentals adds weight not only do they not develop fundamentals, but they seem to confuse what the pros are doing as what they need to do. This happens in sports, shooting, and probably any activity that has skill and equipment involved in a competitive setting.

Having seen it in climbing and other outlets I decided to double down on fundamentals.

The Kraft was born and you know that part. I had ok fundamentals, but they lacked in comparison to the top-level competitors. They still do I imagine, but I’m getting better. 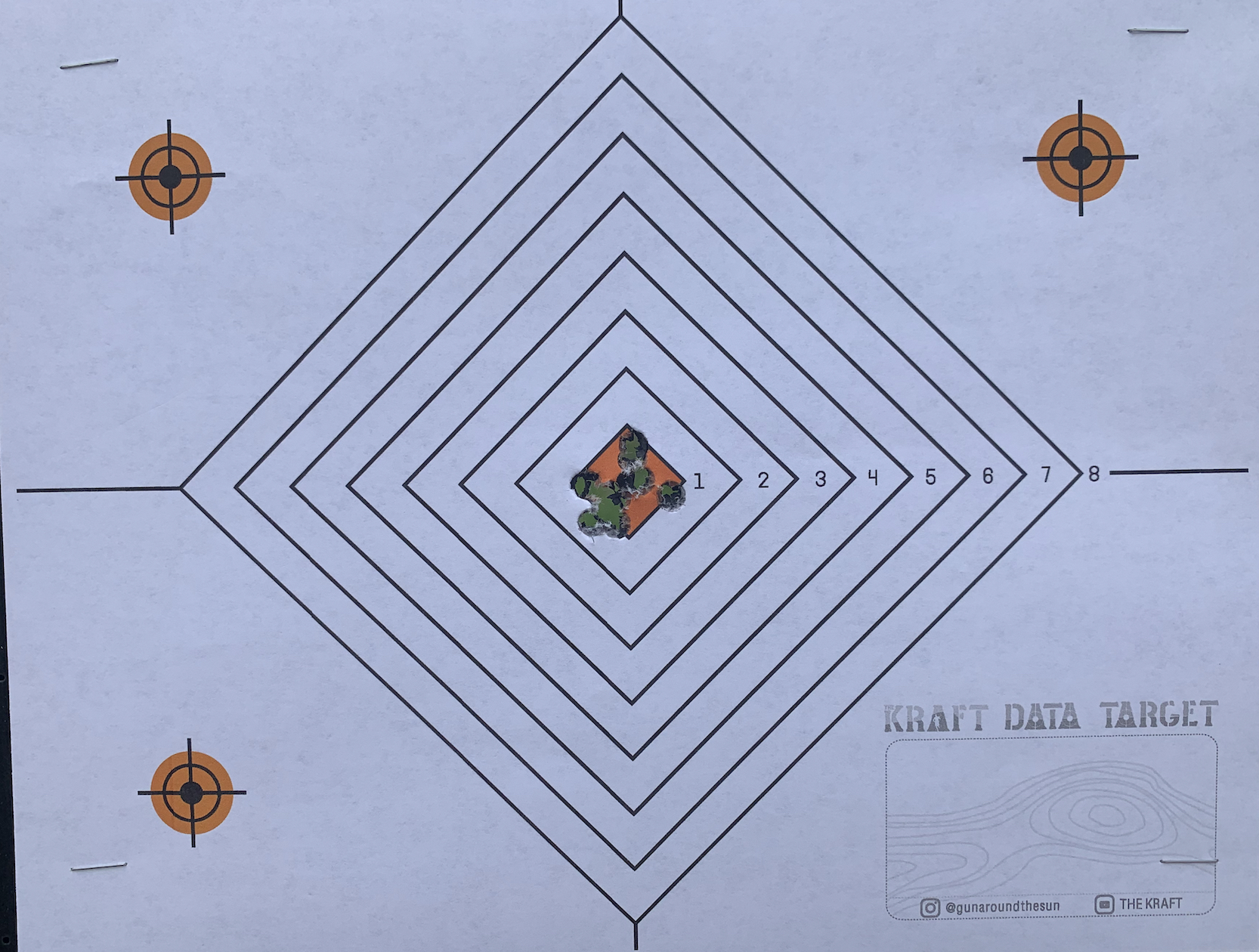 Unfortunately due to covid Assassins Way was postponed until 2022, which gives me even more time to prepare. When the time comes, I plan to use a 10-12lb rifle simply for the sake of being able to move more efficiently across terrain and not smoke my legs. I shoot the same now with a light rifle so I have no concern about an advantage weight might add. In Assassins Way the advantage of a light rifle far outweighs the small increase in hit percentage on small targets such that it’s a non issue for me.

In NRL PRS style, which I mainly do for training and testing because there aren’t enough other outlets, I believe that the 16-18lb range is ideal for the speed of stabilizing positions under a short time; heavier than that for me really has no measurable influence on hit percentages as identified during the competition season. As an example of some of the tests I conducted, I shot 6 PRS and NRL national matches in the last year with decreasing weight in my chassis from 20 to 14lbs at each event. Because I also decreased bullet velocity concurrently at these events I always show baselines with what I dubbed a competition speed load to verify group sizes were consistent and thus differentiated between chassis weight and bullet speeds. Remember these were just my tests so I know you need to isolate one variable not two, but there aren’t that many comps and I wanted to do it this way (suck it).

I noticed no real change in hit percentage with rifle weight vs lad velocity which has a substantial influence as I broke a minimum threshold (future post.

So, to make a short story long, adding weight doesn’t help my shooting all that much, but It could help grow sexy biceps if that’s the real goal.

Take Away Weight conclusion: With good fundamentals, weight offers a small boost in performance but for the less experienced shooter it’s a crutch that will ultimately come back to bite you. 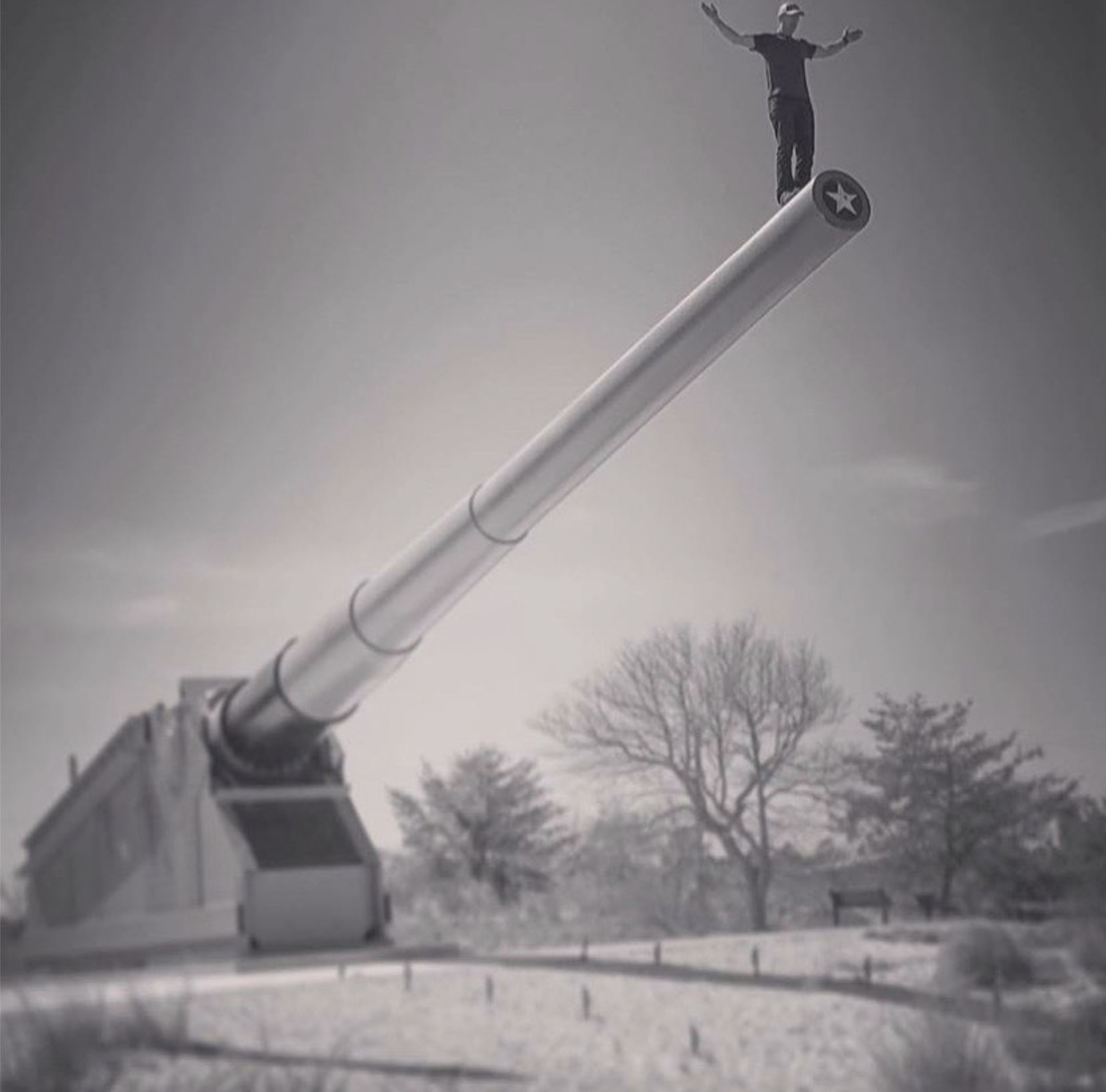