You can’t shoot at the level of detail we can argue about on the internet.
by Chris Way
Keywords: fundamentals, blog

A couple of years ago I had an experience that lit an ember eventually growing into the test I will be elaborating on in the next two posts. 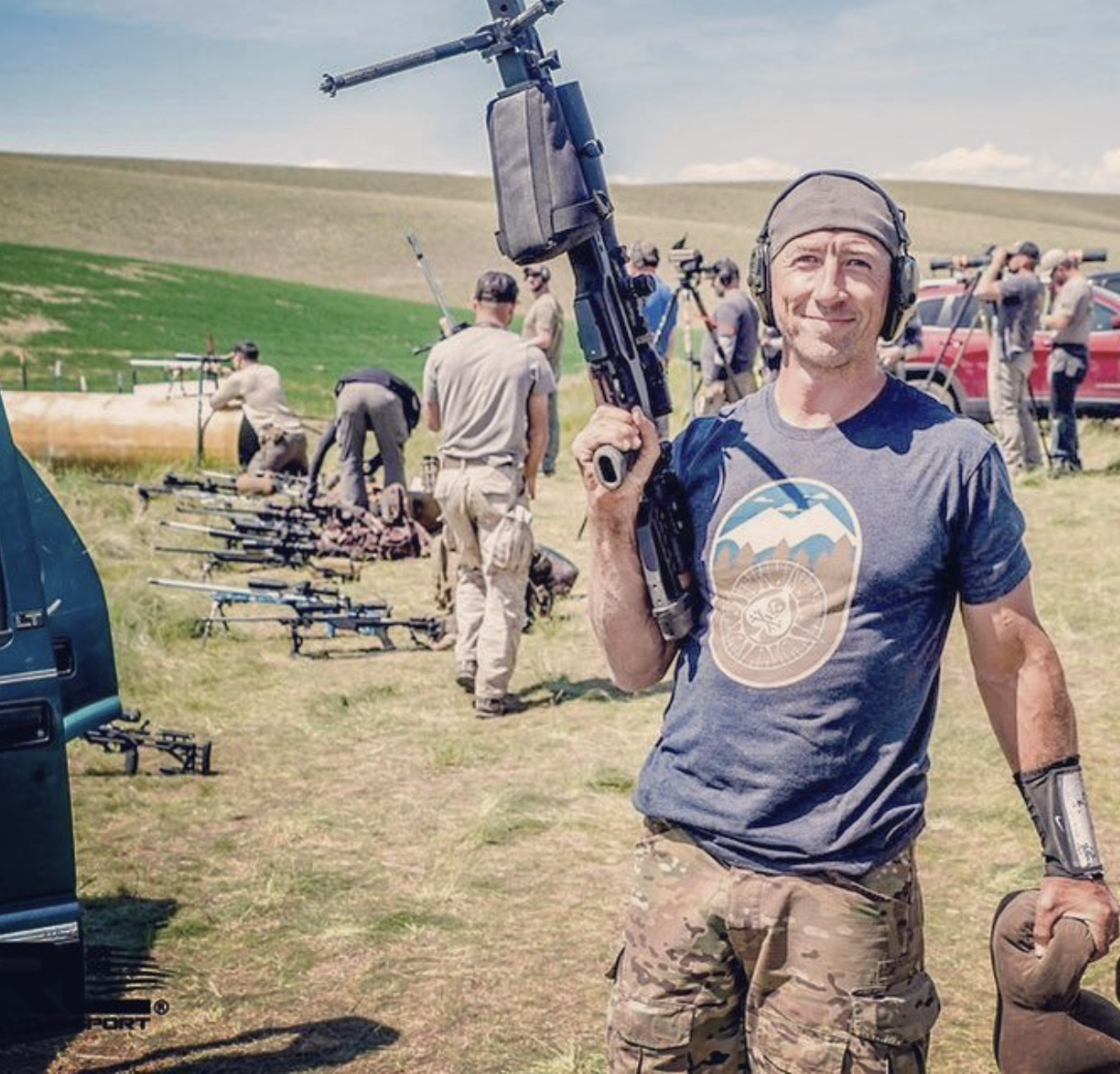 First, the back story:

I was shooting a two-day match and after day one decided to shoot some more since we had several extra hours of daylight and a separate range with steel out to distance. I was having fun and shot more ammo than I should have. Rookie mistake. Having some extra fun and training time ended up leaving me short on ammo for the next day. I was fortunate enough to get the remaining ammo from a shooter who had a bunch of factory ammo. I was grateful but also nervous about my data being off seeing that it was a completely different load from what I came with. I told Travis Ishida my concern and he said in typical Travis style “bro you’ll be so close it won’t matter” and although I didn’t believe him at all, I also wasn’t in a position to do much but shoot and see. I shot the last five stages, and my hit percentages were no different than the 15 prior stages of the match.

It would take months and months to realize what Travis showed me though.

At this point in my shooting I had read all of Bryan Litz’s books, and loved them, they made a lot of sense to my scientific mind. Having been a good student for a large chunk of my life I felt like I knew what to do; I memorized them. I literally felt like going to a match was more about understanding ballistics and ironing out the load and equipment. Sadly, it’s easy to make the numbers work and provide a theoretical answer that makes sense only to find out that there is more to it. This wasn’t the first time in my life that reality chose to enter the room and offer up some commonsense clarity. Enter Ryan Cleckner. 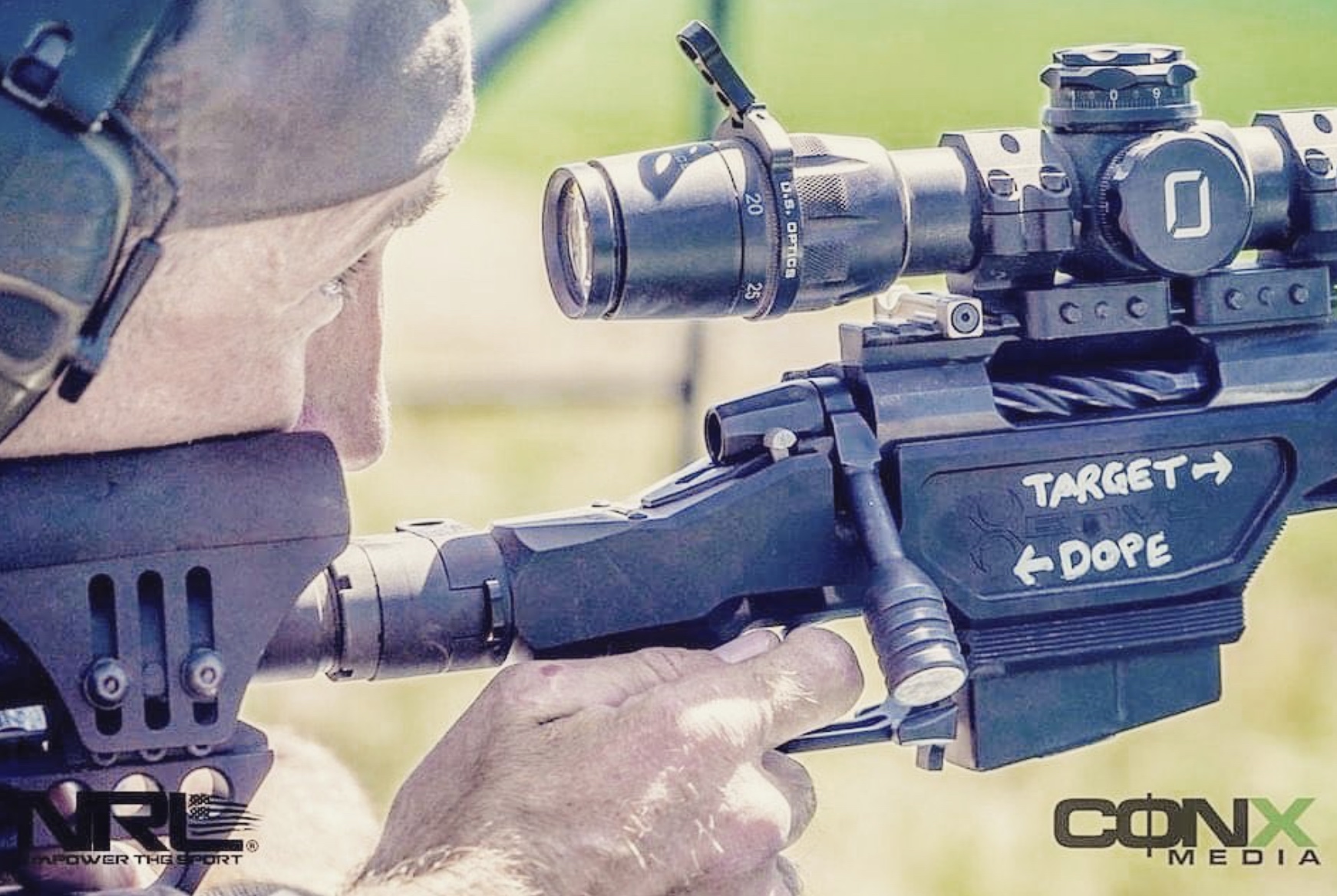 After the weekend where Travis showed me something I hadn’t yet realized, I read Ryan Cleckners book. My first impression was that I wanted to call him up and argue with him. Have I mentioned I love to argue? I don’t know Ryan and didn’t have his number, so couldn’t call him to argue, but I would have had I had it. I went out and tested as much as I could to try to prove him wrong, but I realized that everything he wrote about was turning out to be true.

a shooter really can’t shoot at the level of detail we can argue about on the internet.

In the end what I took away from the long-range shooting handbook was that a shooter really can’t shoot at the level of detail we can argue about on the internet. Hitting things with a bullet shot from a rifle starts to get easier when you listen to someone who has been down the road and knows the path laid out before you and can show you first-hand. The problem is people like that are harder to find than you’d think. A person who can not only combine the theory but offer advice from their own experience getting to where you want to go is a rare commodity these days.

You didn’t magically get 5, 12,..40 places better, you’re the same shooter probably shooting the same as you have been.

I had been training a lot using both Litz and Cleckners ideas and felt like my fundamentals were working for me rather than against me. I had been achieving success at matches but also developing a frustration at the larger match machinery. What I mean by this is that in reality there isn’t much of a yardstick when you measure match placement as a measure of skill growth. Match results are more a display of which good shooters didn’t come to the match than how well you’re improving as a shooter fundamentally. Think about it this way: If overnight the top 40 shooters in the country quit shooting nothing would change; matches would run as well as ever, for sure different people would get trophies, but other than that nothing would change for you as a shooter. You didn’t magically get 5, 12,..40 places better, you’re the same shooter probably shooting the same as you have been. What that means to me is that matches are better used as a medium through which we can test things and grow as shooters with no real concern about rank – focusing on hit percentages and measuring from a baseline metric like the Kraft Baselines. Also, my personal interests like many other shooters is growing as a rifleman, not necessarily as a purely competition focused shooter; Having said that, the best shooter can and should be able to perform at the top level in any situation – and the top do.

To better understand the art of shooting I needed a better grasp on the line between Litz and Cleckner – where the art and science form a performance line and the real riflemen are formed: that is how several of the tests I ran, including the idea for this practical load test.

Instead of shooting 6creed as I had been up to this point, I switched to 6br. I decided to do this because it’s a hell of a lot easier to load for and the barrel life was better, and I had basically shot out the barrel I was using so needed a new barrel anyway. Either way it set the stage because it’s such an easy cartridge to load for.

At the time the test began I was shooting around 82/84% using a 6br at a velocity averaging 2850. Initially the drop in velocity was unintentional as my chronograph started to have issues and we discovered it was shooting a little slower than expected. The idea to continue slowing down the velocity jumped out and it seemed like a fun experiment. The final push to commit came when I went to a match and planned to shoot several days before the match so made fire formers to shoot and ended up shooting the match ammo before the match – committing to the use of fire formers in the match.

So, the data reflects matches where I shot the following velocities 2840, 2780, 2750, 2720, 2670, 2620, 2600. All of the loads were sub 1/3” and achieved benchmark kraft numbers that showed they shot as well or better as time went by than the last. My hit percentages went from 82% to 65% linearly with a decrease in velocity. I found this linear relationship fascinating and got excited to try hard each time to see if I could reverse the trend with skill and slow rounds. 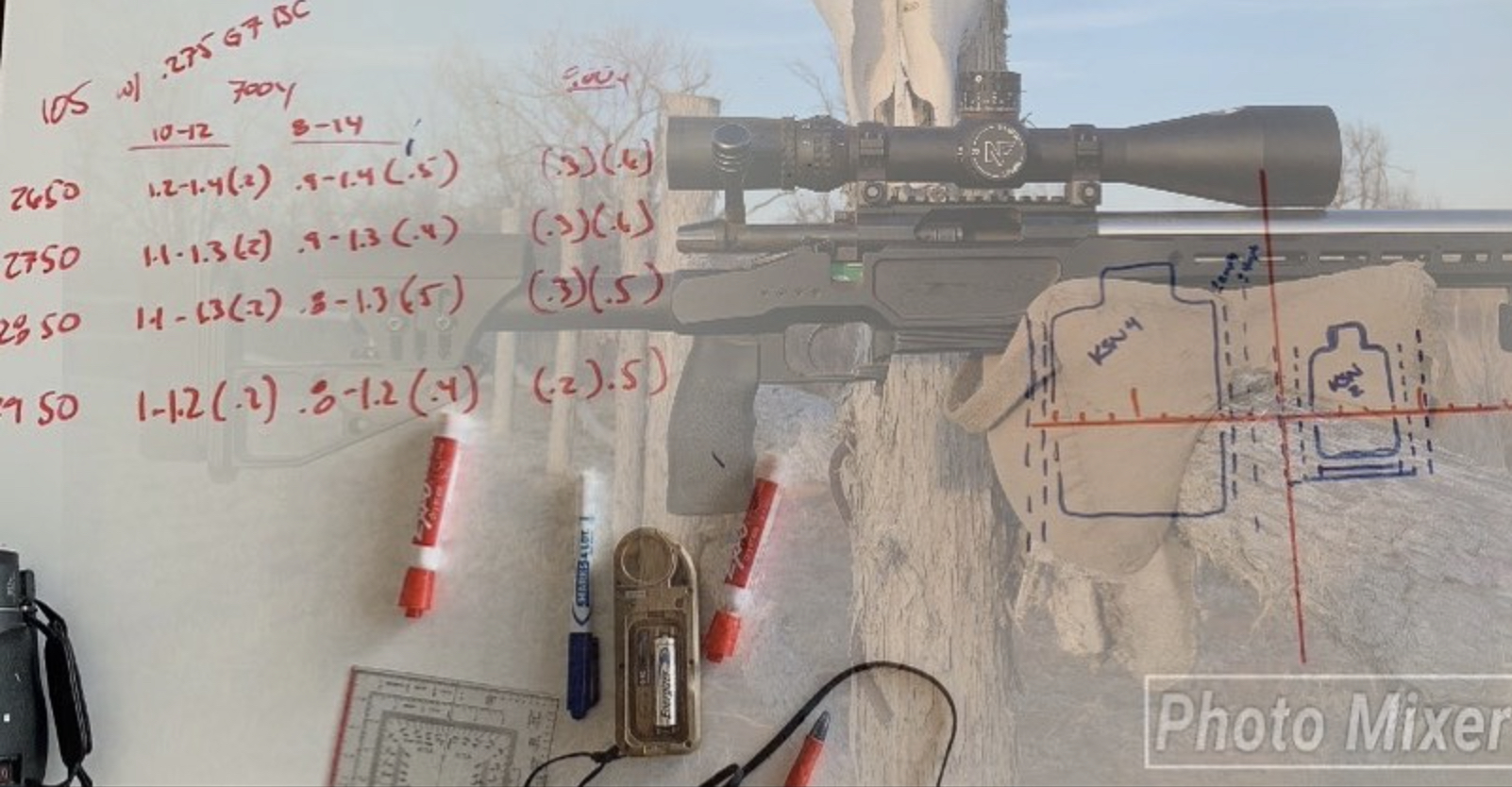 There are a lot of take-aways, but the main ones are that the 6br/a has a sweet spot of about 150fps wide where it shoots optimally. The velocities are between 2750 and 2900 in Colorado, but I found the 2780-2840 bracket the most consistent when shooting baseline comparisons to the slower loads.

Above the sweet spot you start to get pressure and my experience with that is that pressure broke two triggers, so I stopped messing with that. The downside, for me, is the bullet seems less predictable toward to 2600 zone. At the slow speeds I not only saw a larger effect from wind, but also started to miss vertically much more than normal.

In fact, I shot the NRL finale with the slowest load and really struggled not only to make wind calls but also hit from an elevation standpoint. I thought it was my data because missing over and under targets as much as I had was not normal. I don’t think it was data in retrospect, I think it was just a consequence of slow rounds. To get some perspective, I confirmed this by shooting the remaining rounds along-side a normalized load of 2800fps and I saw the same split.

Whatever the reason, something weird happens in the 2580-2640 range when you’re shooting past 600yards or so. Maybe someone can explain why vertical came into the equation at these slower speeds as well. 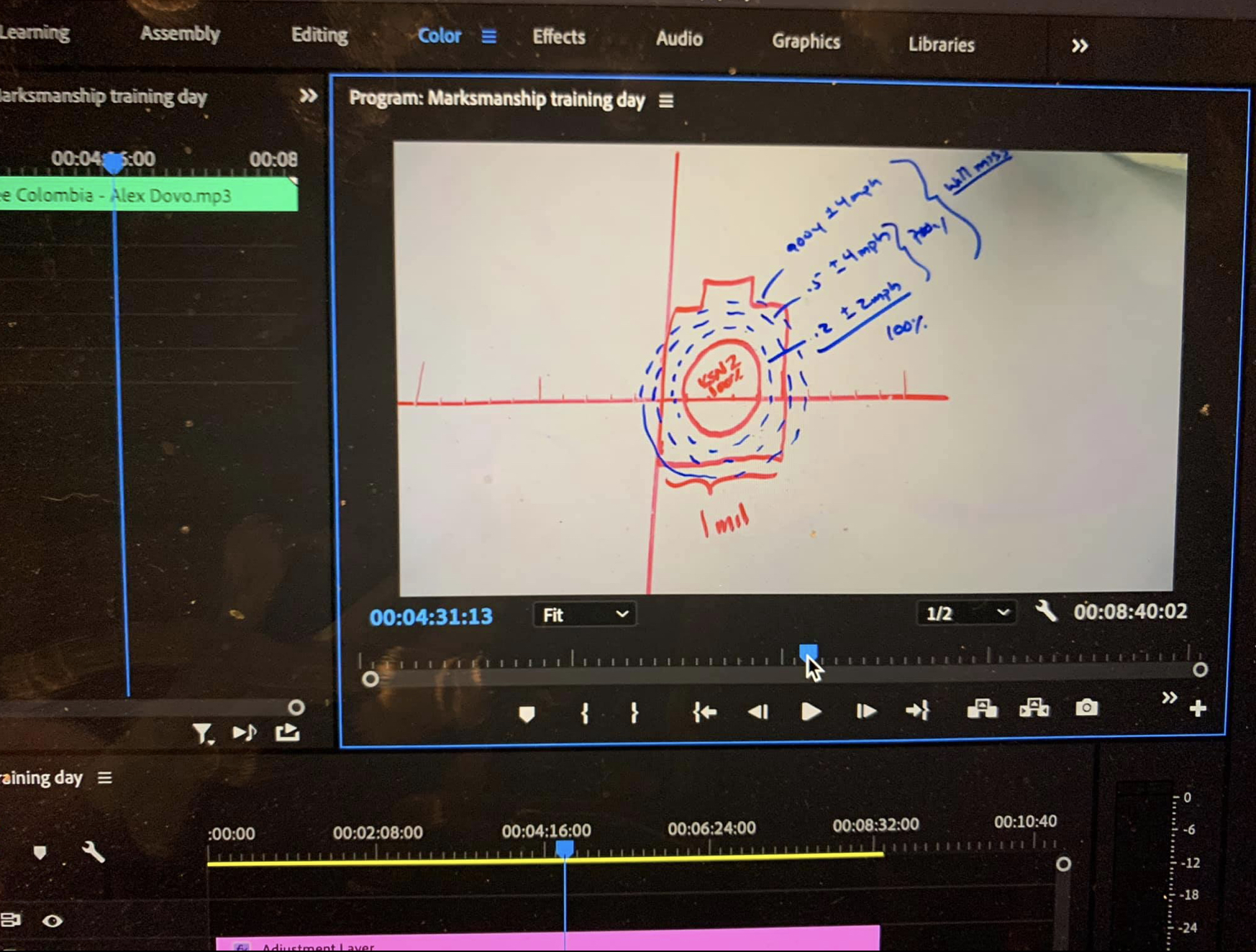 This first set of tests confirmed that you can take it too slow and that there is a zone where performance is optimized. At least for me.

The second set of tests were about how much ES can you get away with within that optimal zone. I was again surprised with the results. 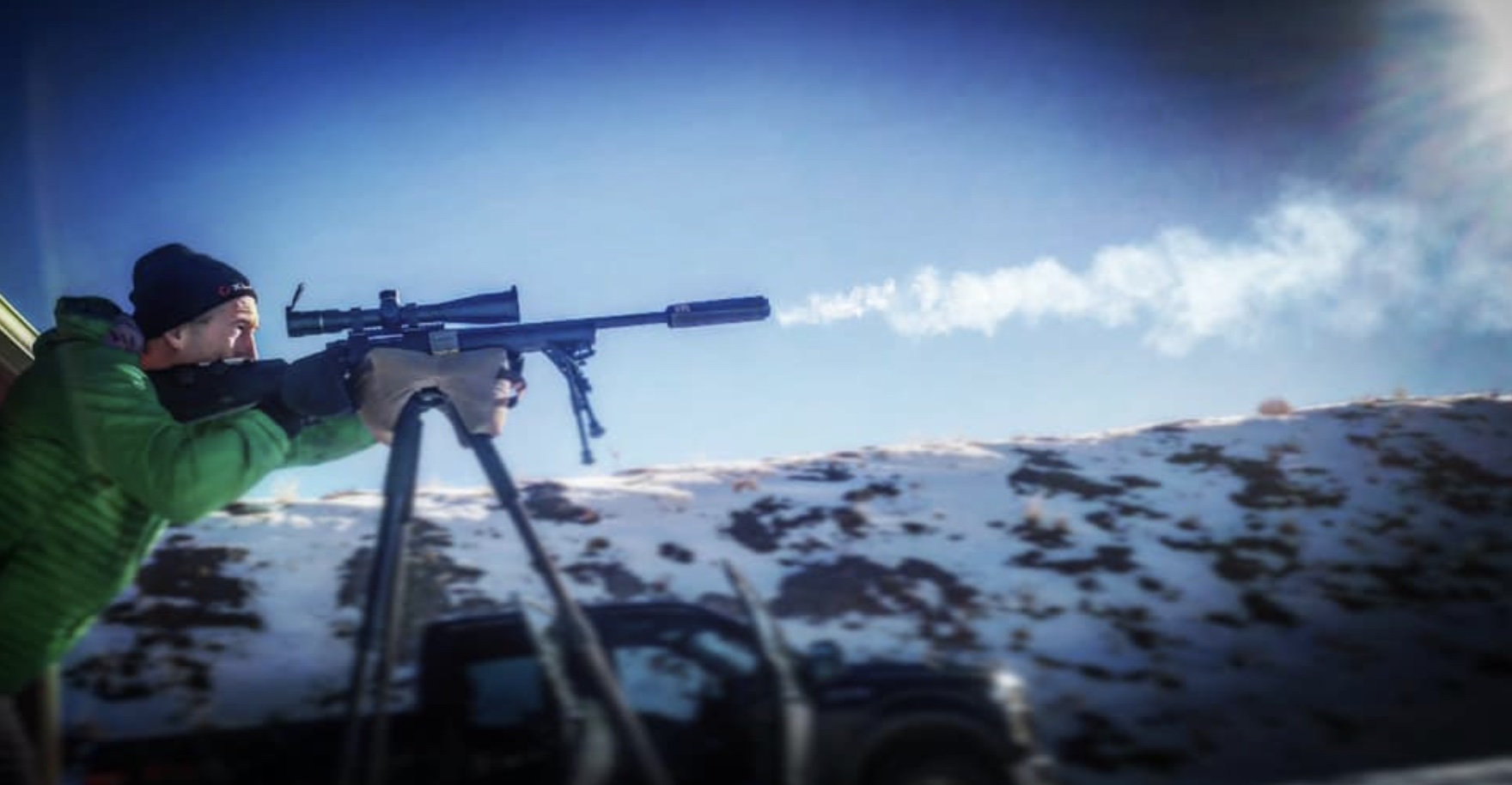